Re-purposing Finkl Steel’s site is the latest chapter in a forty-year transformation.  Their now-demolished factory had been a presence on Cortland Street at the Chicago River my entire life.  Driving through you could often catch glimpses of heavy machinery and steel making in action.  I had not been by since before they moved.  So I visited yesterday to see what has happened.

Finkl is alive and well of course.  They moved to a larger site on the city’s South Side.  In fact, they have been so active that many of their new neighbors are complaining.  Noise and property damage seem to be the main issues.

The first thing I noticed on my visit is the size of the site.  I have read a lot about how this is the greatest redevelopment opportunity to come along in years.  But while certainly large, the footprint isn’t as big as you might expect.  A mall with a few big anchor tenants would pretty much fill the property.  It always amazes me how architects can can use space.  My memory of Finkl Steel doesn’t fit on the vacant parcel you now see.  When it was running it seemed a lot bigger.

The second thing I noticed is significant industry remaining along the Elston/Clybourn Corridor.  General Iron is still there and several other factories were humming as I drove through.  When you hear about icons like Finkl and Morton Salt closing down it’s easy to think the North Side is now completely deindustrialized.  This is not the case.

While industry may exist current trends are against it.  The North Side was gritty when I was a little kid.  But one by one big operations, like Peerless Confection and Stewart-Warner Instruments, have disappeared.  Some shut down.  Some moved other places.  Factories turned into residential or commercial lofts were novel in the 80’s.  Today gentrification has clearly taken hold.

There were those who advocated preservation of the Finkl property.  Reusing historical buildings is something that should be supported.  But here I do not think there was much point.  When the company moved it left behind several large, empty structures designed to hold multistory production machines.  While many of us remember Finkl, I am not sure saving such nondescript structures would have been worth the effort.  Now future developers have clear land to work with. 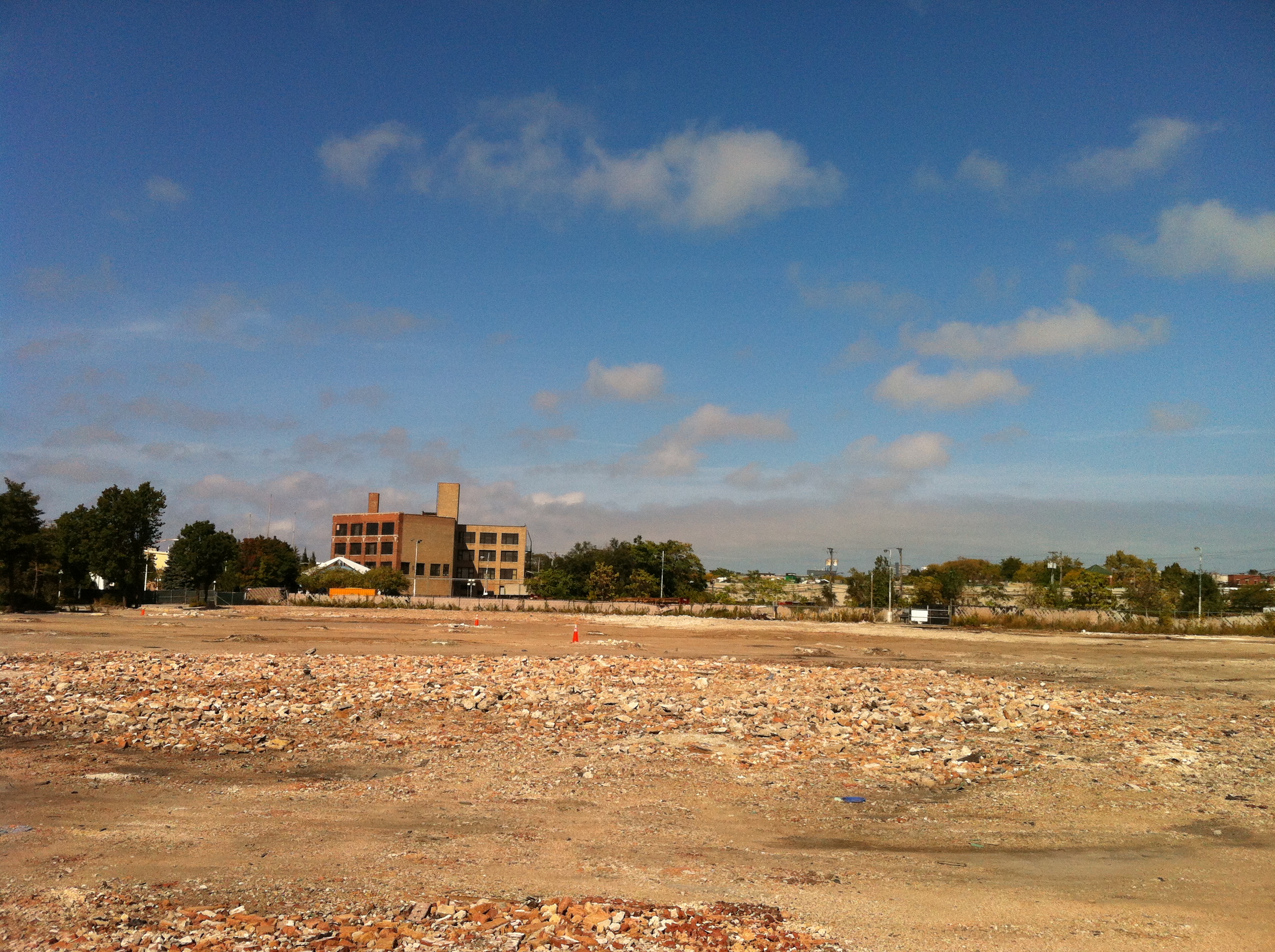 Looking north from Cortland Street toward Kingsbury.  The Chicago River is behind the left hand treeline. 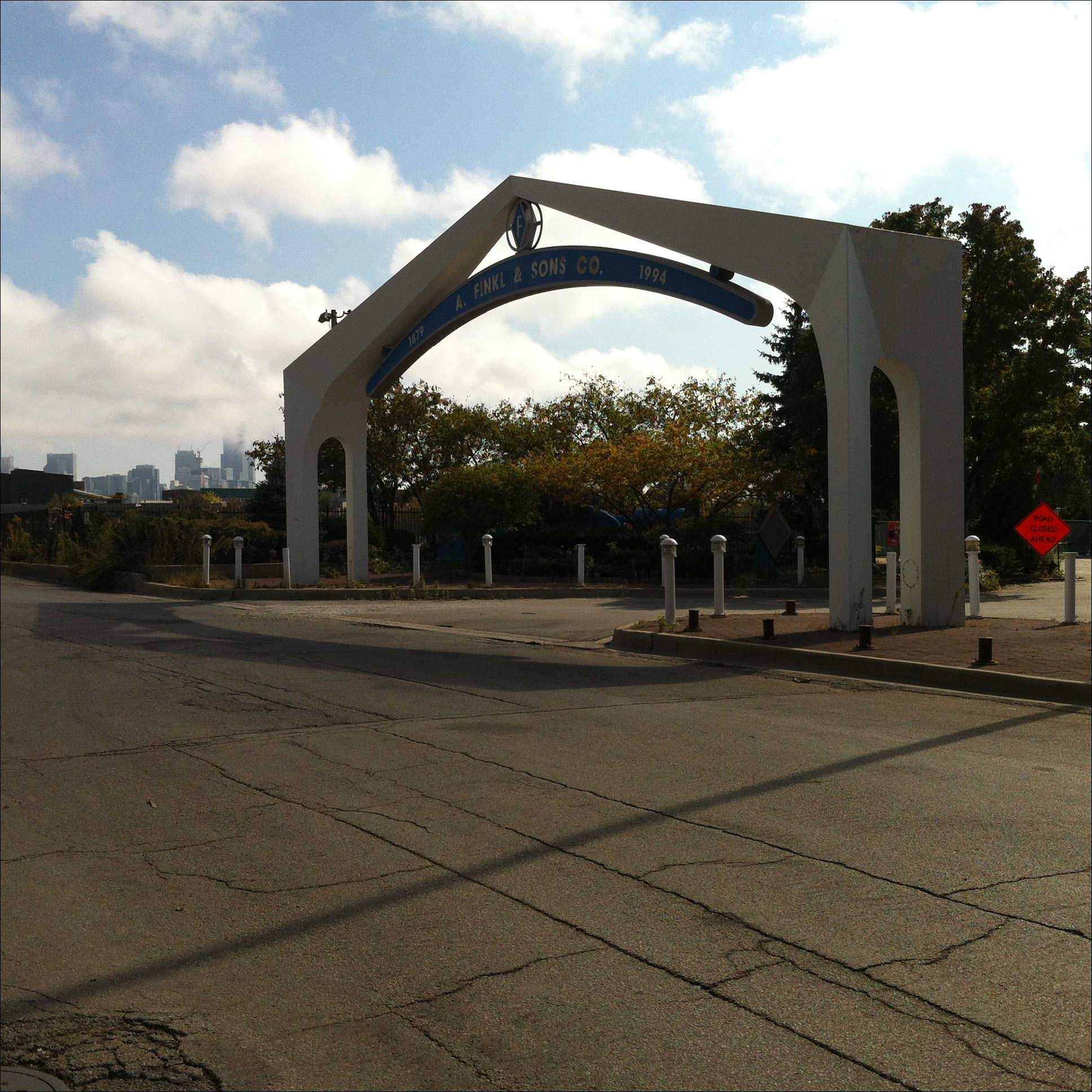 Reminiscent of the Chicago Stock Yards Main Gate: this arch on Kingsbury Street now leads to nothing.