I thought the Webster Place Shopping Center, located at Clybourn and Webster, would be in trouble by now.  I read a few months back that L.A. Fitness closed the long-time health club operation there.  Last I knew the other anchors were Barnes and Noble and Regal Cinemas.  Barnes and Noble is struggling to change with the times.  The cinema business still makes money.  But it was a bigger draw in the 80’s when Webster Place opened.  Many people now stay home and watch movies on demand.  The rise of e-commerce, generally speaking, must make it more challenging to run a shopping center today.

I was surprised to find out the property is doing well.  Chicago Athletic Clubs snapped up the former L.A. Fitness and spent a lot of money renovating it.  Barnes and Noble is still there.  The cinema, which I imagined might be the only remaining anchor, continues as well.  At casual glance all the smaller stores were leased.

My guess is that good management is behind this.  Take Century Mall for comparison.  Century is a similar property located at Clark and Diversey.  It has two or three anchor spaces and several smaller ones.  It has a large health club operation and a cinema.  It is in an upscale neighborhood.  It was built decades ago.  Last time I was in there it looked pretty vacant.  Judging by comments on yelp.com I’m not the only one with that opinion.

I don’t know who owns or manages Webster Place.  But they probably deserve a tip of the hat. 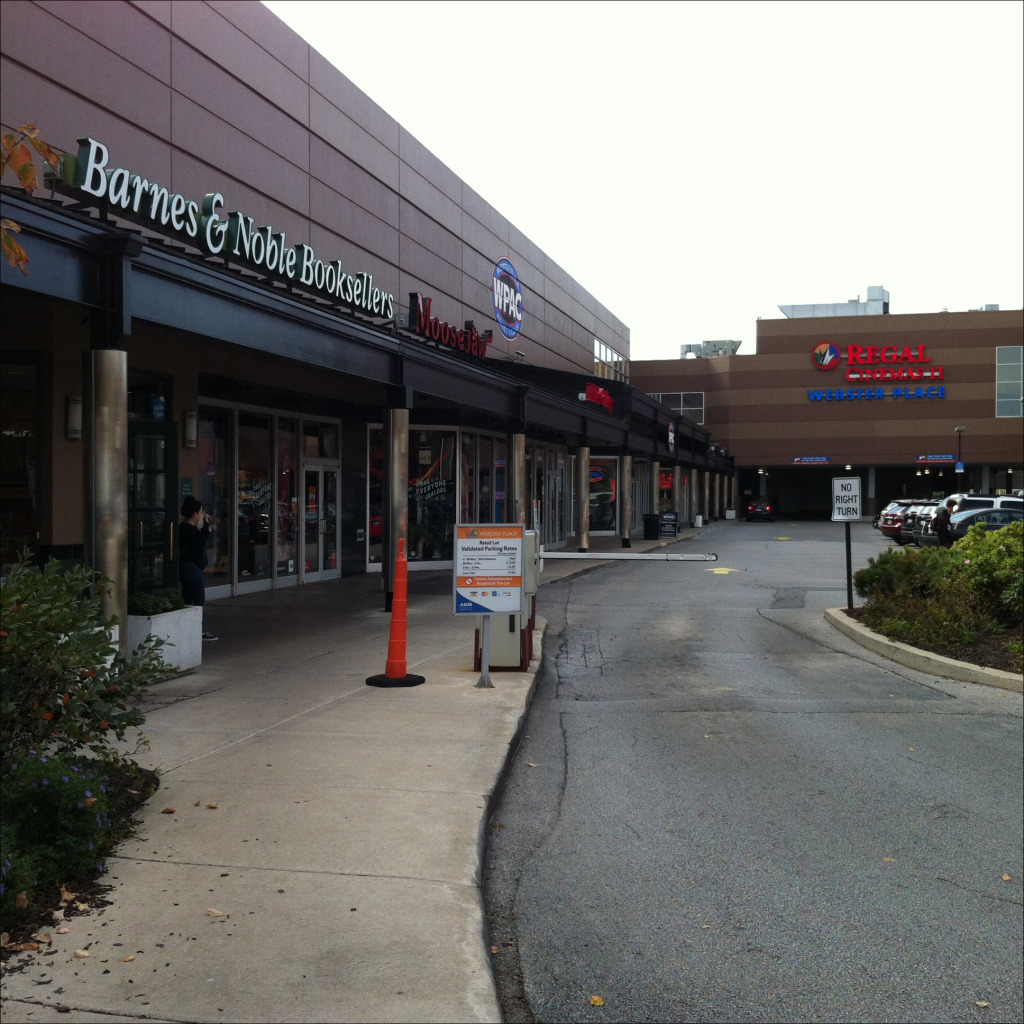