How much longer will people be willing to pay sky-high rates?  I believe there has been a bubble in higher education costs for many years.  It has been fueled by free availability of student loan funds. These loans are near-impossible to charge off in bankruptcy.  Financial institutions have been willing to loan huge sums of money to people with no assets, knowing that they can hound the borrower literally until they die.  It seems like everyone I meet is walking around with at least $20-30,000 in student loan debt.  Many of them have more like $75-100,000.

Click on this September 27, 2014 image from the Northwestern University web site: 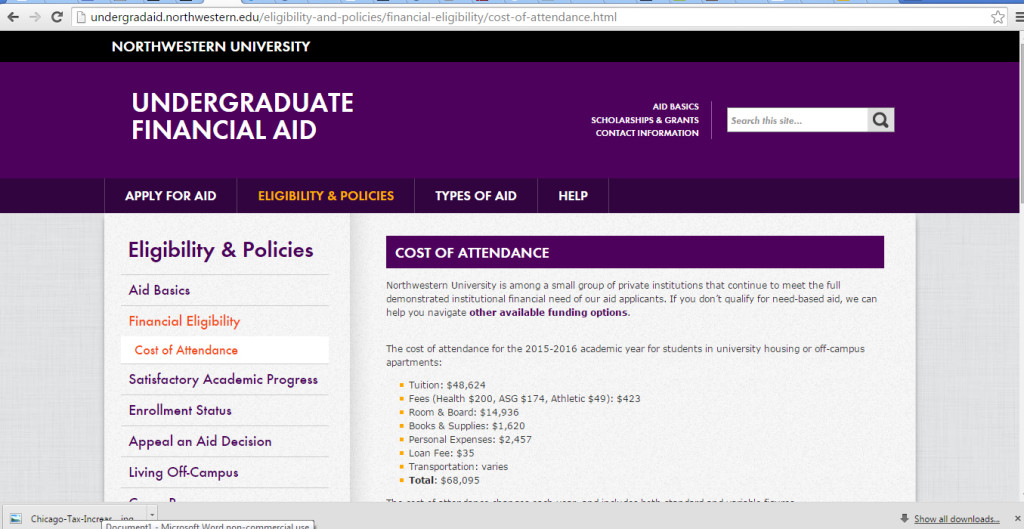 Click on this September 27, 2014 image from the University of Chicago web site: 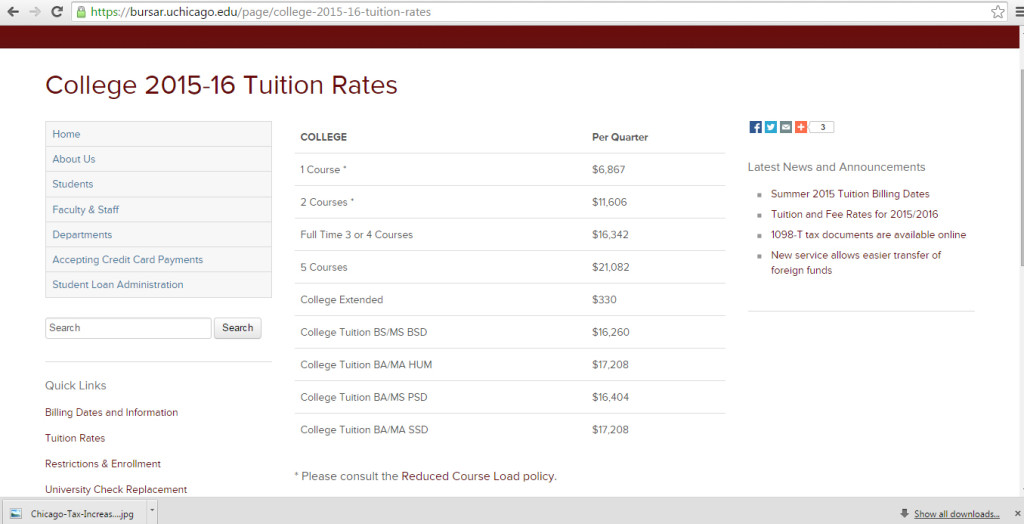 That is also a 4% increase.

All bubbles eventually pop.  It isn’t a question of if, it is a question of when.  Multiplying both of these rates by four years gets you north of $250,000.  That’s a hard expense to justify, especially with the market now flooded with student-loan financed graduates.

Hopefully when this bubble pops it doesn’t mean the closing of any long-time Chicago institutions.  That would be a blow to the local economy and Chicago’s quality of life.  If it does they will likely have themselves to blame.  You can’t drink like a fish at an open bar wedding and expect not to wake up with a hangover.