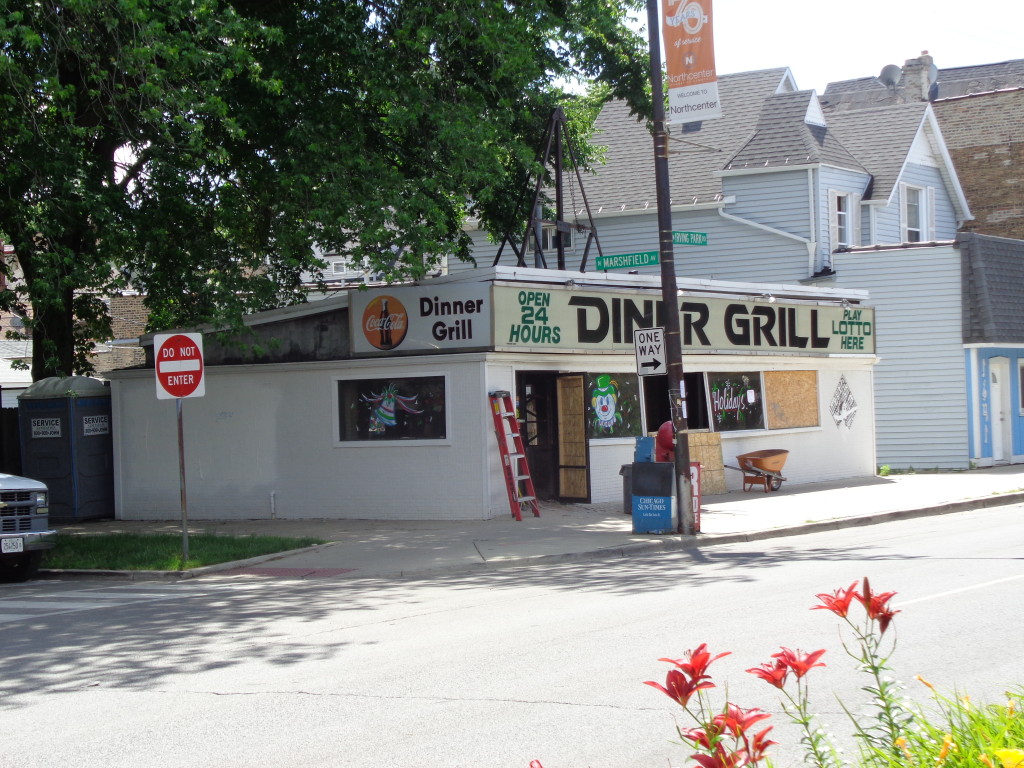 Construction is underway at the Diner Grill, located at 1635 W. Irving Park Road.  The long-time Chicago restaurant suffered a fire last Christmas Eve.  Shortly after it was announced they would reopen within two months.  That deadline came and went with no apparent action.

Adjusting an insurance loss often takes time.  So that seemed the likely reason for delay.  But this was also the second fire in ten years.  There was another one back in 2008.  It was not unreasonable to think spirited discussions with the insurance company might be taking place.

The Diner Grill first opened in 1939 and was originally constructed out of two former Evanston Railway cars.  Evanston Railway was a company that ran streetcars in the northern suburb before buses were common.  The restaurant displayed a photo from its early days, when features of the cars were visible from the street.  At some point a full building was constructed around them.  The main streetcar feature still visible before December’s fire was a rounded ceiling above the seating area.

New construction seems to be a pretty total gut.  Looking in the door now reveals framing going up against bare walls.  There is no sign of the grill, counter, or seating area.  So what kind of interior is created when work finishes is up in the air.  Hopefully it will manage to keep the unpretentious old school look that has always been part of the fun.

The Diner Grill serves up greasy spoon items like “The Slinger” (two hamburger patties, two sunnyside up eggs, cheese, hash browns, onions, generous chili topping and a side of toast). Finishing a Slinger entitles patrons to a certificate of completion.  For a more run-of-the-mill experience they also have good omelettes.

The restaurant, open 24 hours, has always been a great place for a late meal after a night out.  Visiting when the bars close usually means finding a crowd.  It also is not uncommon to find bar/restaurant industry people late at night.  Website Eater Chicago reports even employees from fine dining establishments make it a destination.

Traditions are hard to come by.  For one reason or another many fall by the wayside as years go on.  Others remain as shadows of their former selves.  It is nice that the Diner Grill will have another chapter.  Hopefully everything that made it an experience will move forward as well. 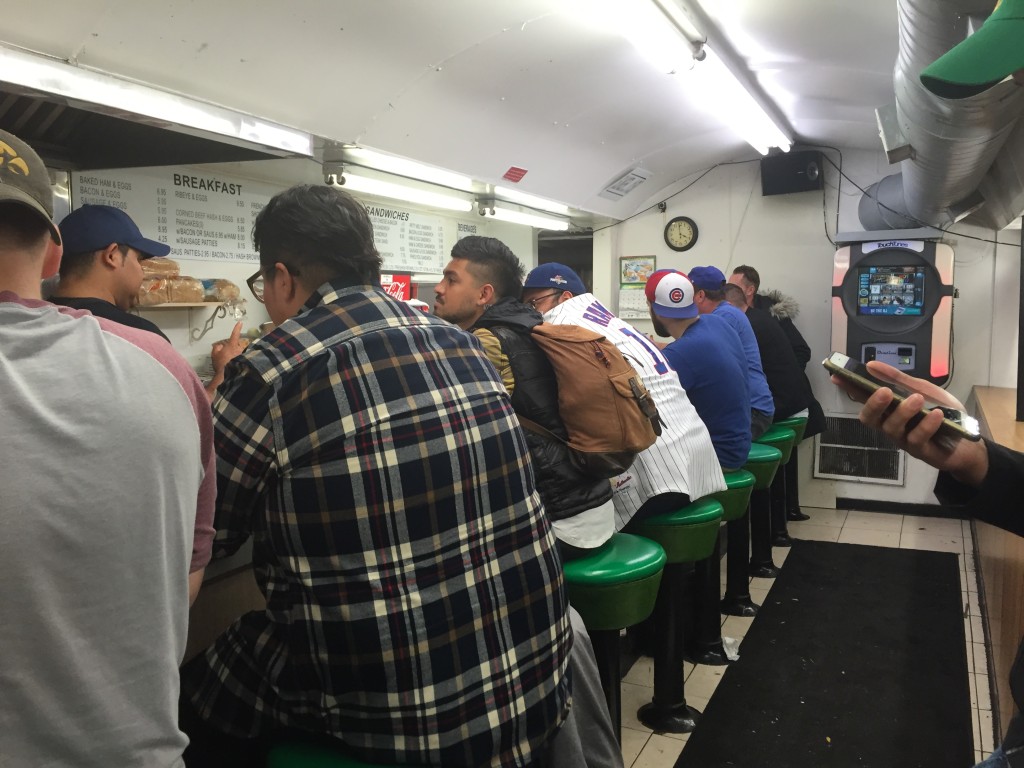