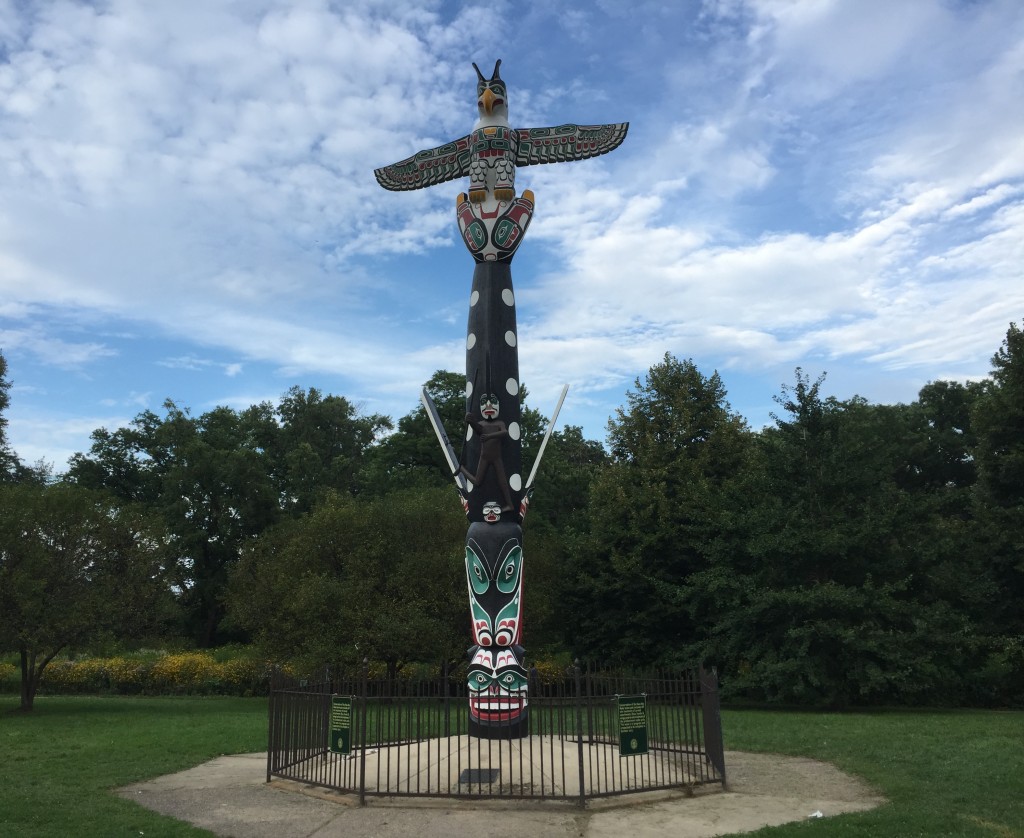 After a period of uncertainty the future of the Kwa-Ma-Rolas totem pole is now secure.

This Lakeview landmark has presided over the eastern terminus of Addison Street, at Lake Shore Drive, since 1929.  The current totem is a recarving of the original.   James L. Kraft, founder of Kraft Foods, procured the original during his travels and donated it to the City of Chicago.  By the 1980’s deterioration was becoming a problem.  So the city agreed to donate  the totem to a museum at the University of British Columbia.

Kraft Foods hired Tony Hunt (b. 1942), a Kwagulth Indian from Canada, to transport the artifact to his village on Vancouver Island, where it served as a model for a replica totem pole. Hunt carved an exact copy out of Western red cedar. Installed in its historic location in Lincoln Park, the replica totem pole was officially dedicated in 1986.

Roughly six months ago a veiled construction scaffold appeared around the totem.  This very well could have signaled removal.  Could some Indian group have come out of the woodwork and said the totem was offensive?  Was the city government going to remove it to make way for another unremarkable modern art sculpture?  Both were very real possibilities.

But the totem reemerged looking better than ever.  Broken sections have been repaired and the entire structure has been cosmetically restored.

Sit next to the totem for half an hour and you will see many people stop and look.  Some take photos.  It is clearly a point of interest.

Hats off to the city for getting this one right.  It would have been very easy for them to throw this long-time landmark on the trash heap.