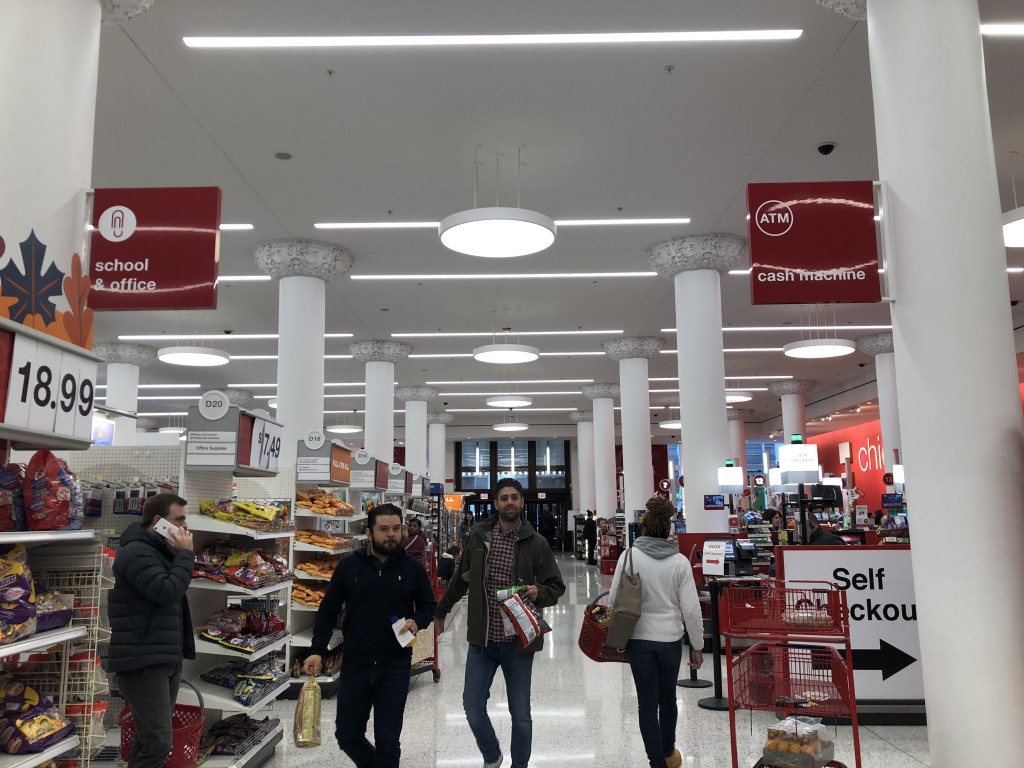 The state of the landmark Carson Pierre Scott & Company building at 1 S. State Street, today known as the Sullivan Center, is depressing.

Completed in 1899, the building is a surviving work of noted architect Louis Sullivan.

For most of its existence the building was home to the Carson Pierre Scott & Company department store.  Once one of Chicago’s elite retailers, Carson’s had a reputation for quality arguably second only to Marshall Field’s.

From a distance it does not appear that much has changed.  All of architect Louis Sullivan’s exterior details have been preserved.

But upon entering long-time Chicagoans will find a stark contrast.  Where Carson’s once had fine merchandise displayed, Target now has discount clothing, grocery items and consumer electronics.

In days past people valued class and aspired to better themselves.  Now we have an overly casual and permissive society: blue jeans in the workplace, grown adults who believe rock n’ roll music is the pinnacle of culture, and notions that radical wealth redistribution is a good idea.  It might be impossible to find a restaurant that requires coat and tie for entry any more.

So the transformation of the Carson Pierre Scott & Company building is not surprising.  You could argue it is an analogy for the state of American society as a whole.

But it is still sad for those who remember something better.