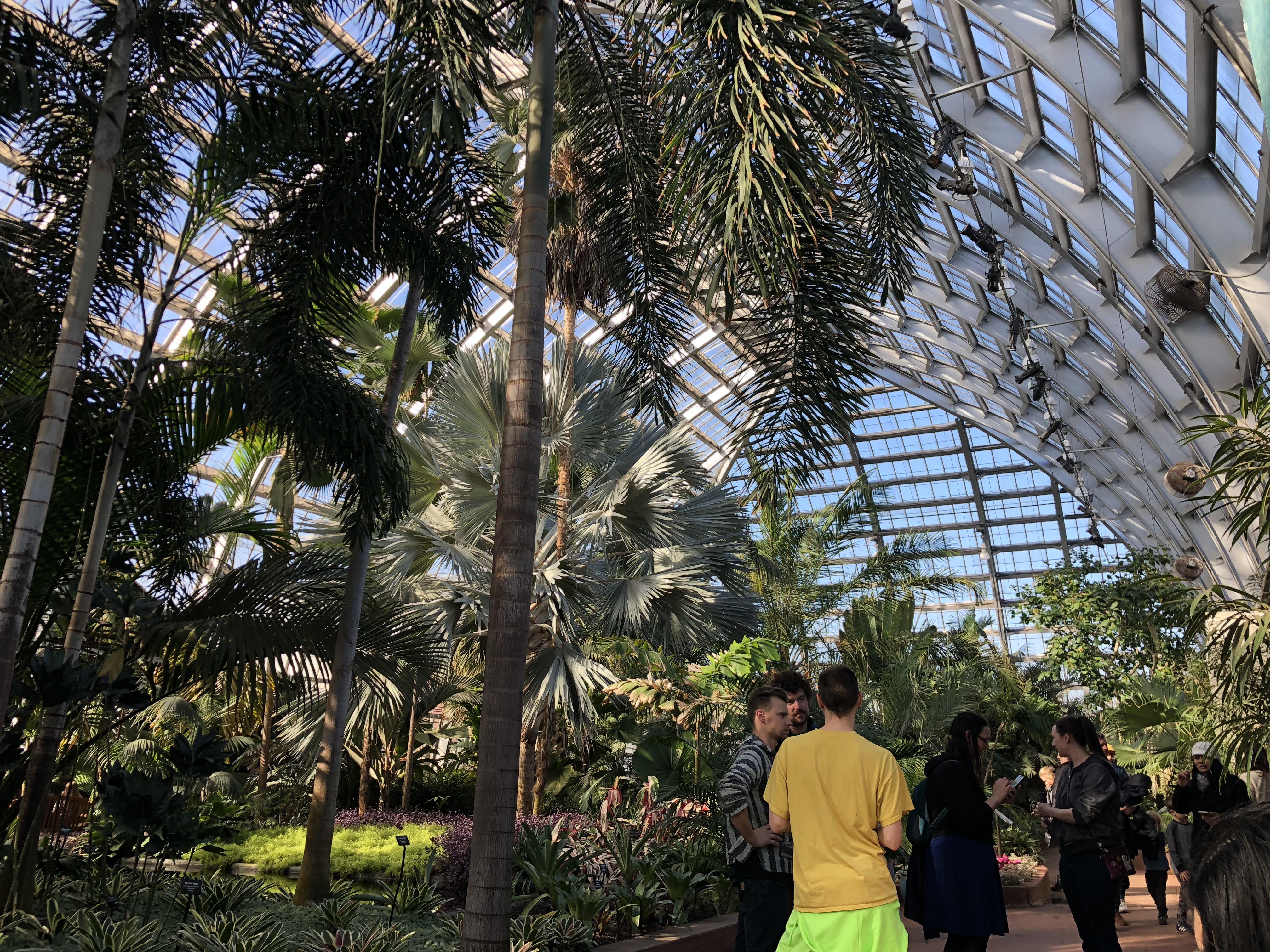 The Garfield Park Conservatory is an urban oasis.

It was constructed between 1906 and 1907, and opened to the public in 1908.  It was intended as “the largest publicly owned conservatory under one roof in the world,” and replaced three smaller greenhouses in Humboldt, Douglas and Garfield Parks.  It was designed by Chicago’s West Park Commission’s general superintendent and chief landscape architect Jens Jensen, in conjunction with Prairie School architects Schmidt, Garden and Martin and the New York engineering firm of Hitchings and Company.

Jensen conceived the Conservatory as a series of naturalistic landscapes under glass, a revolutionary idea at the time. The simple yet strong shape of the structure, which is meant to emulate the haystacks of the Midwest, complements the collection of plants and foliage that it houses.

The concept has held up over time.  Today you can visit the Palm House, the Fern Room, Sugar From the Sun, the Desert House, the Aroid Room, and more.  It is fascinating to move from one exhibit to the next and notice the contrasting environments.  It presents the opportunity to see sights unusual in the Midwest, like fish ponds, cacti, waterfalls and fruit trees.

The Conservatory has faced challenges.  A devastating cold spell in 1994 damaged a large portion of the Aroid Collection.  it also sustained catastrophic damage in a June 30, 2011 hailstorm, shattering glass panes over a significant portion of the building.  Both times it came back.

A visit to the Garfield Park Conservatory is particularly striking during the winter.  You arrive bundled up in a heavy coat, hat, scarf and gloves.  But once inside you can take all of that off and walk around as if it were a pleasant summer day.  It presents a welcome break from the harsh Midwestern weather.

Suggested donation is $10.  And while that is a good value for the experience there is no mandatory fee.  You may enter and exit at no cost if you wish.

The Conservatory is available for rental.  They have dedicated event spaces.  You can also rent one of the Conservatory rooms, or the entire complex.

We do not recommend taking the Eisenhower Expressway or coming through streets from the North or Northwest Sides.  While the Conservatory has remained a big draw for visitors, much of the surrounding area has become severely depressed over the years.

Click Here for a photo gallery of the Garfield Park Conservatory.