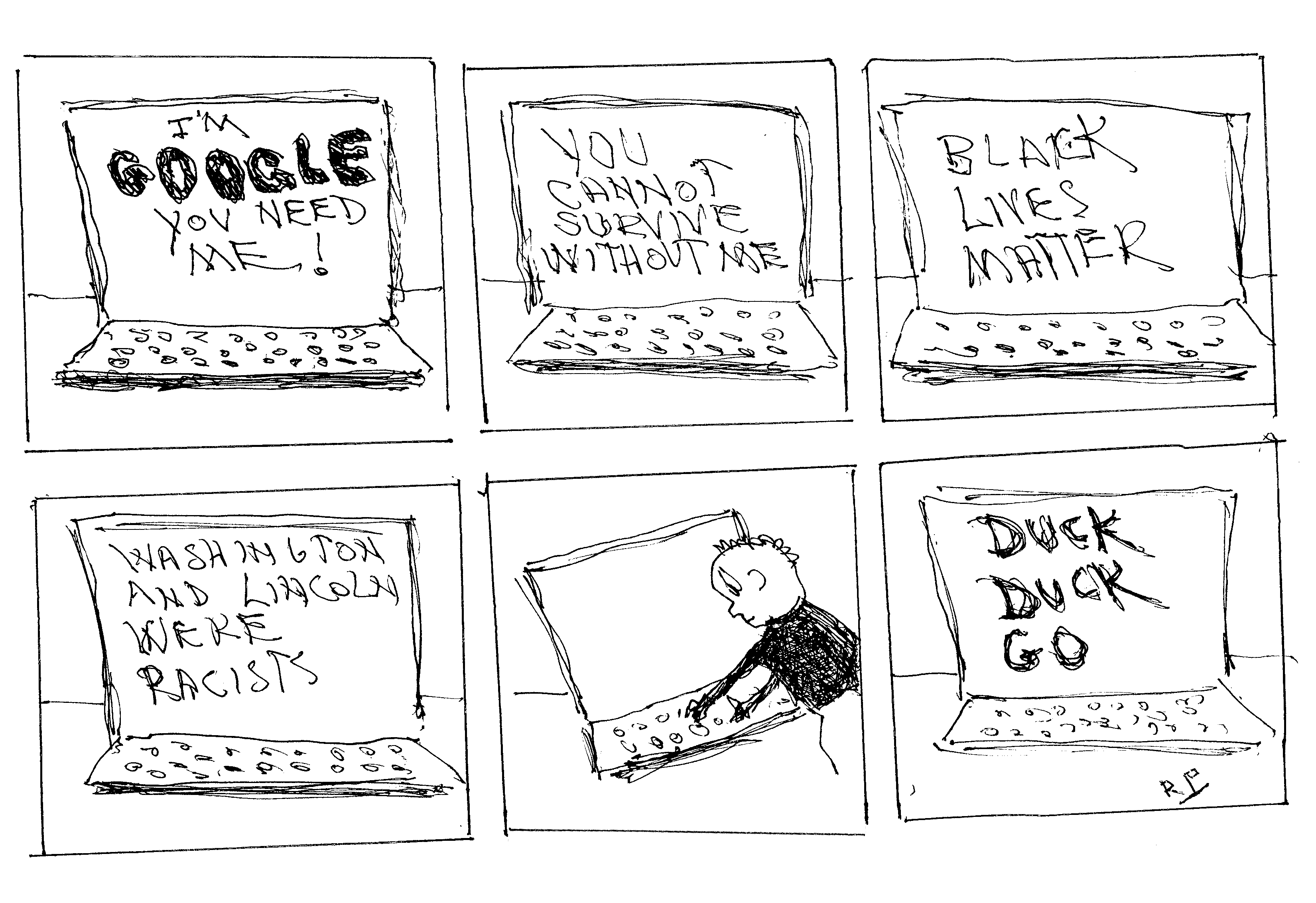 Google may be setting itself up to lose a lot of users.

For years Google has been putting up “doodles” on their home page.  On their own they seem innocent and perhaps whimsical or educational.  But if you begin scrolling through the recent history of doodles, which Google makes available, you begin to see politics showing though.

Add to that the notion of Google’s search results being biased.  Nothing can be proven.  But in Practical Chicago’s eyes their algorithm seems to favor something like CNN much more than something like Fox News.

This author got fed up enough a few months back to change search engines.  While people were tearing the country apart over George Floyd, Google put a little message up on their home page saying that they support racial equality.

Why is this so infuriating?

First of all, the notion that black people are oppressed in the U.S. today is nonsense.  There are countless black Mayors, Congressmen, Senators, Police Chiefs, CEOs, etc.  Michael Jordan and Oprah Winfrey are fabulously wealthy, as are many others.  We have a black, gay, woman Mayor currently in Chicago.  We just had a two-term black president.

If there was a great white conspiracy going on none of that could happen.

Some people will try to argue the examples cited are outliers.  But black people, according to the U.S. Census Bureau, represent about thirteen percent of the population.  It is clear at this point that blacks are not shut out of the political, entertainment or business worlds.  So it begs the question: what more is required?  Are we supposed to hand fifty percent of good positions in this country over to a group that represents thirteen percent of the population because of guilt over slavery that ended in the 19th century or segregation rules that have been gone since the 1960’s?

Second, whatever your complaints are with society, the burning, looting and killing we witnessed are not valid ways of protesting.

Black Lives Matter organizer Ariel Atkins will try and convince you otherwise however.  In this clip from a Daily Caller video she says looting is a form of reparations.  She says looting gives people money to buy food.  She uses profanity and says the police are oppressing her people, who are getting nothing out of being in America:

But it is all pure nonsense.  In the video clip even Jesse Jackson says so.

Ms. Atkins’ statements regarding how business owners will get all their money back from insurance is especially laughable.  Anyone who has ever made a large claim on an insurance policy knows the insurance company is going to do anything they can to get out of paying.

Lastly, the George Floyd incident, which served as flash point for all these unfortunate events, was not some deeply racist act.  It was a cop that probably should not have had his knee on a man’s neck.

The same type of thing happens to white people as well.  But nobody goes crazy and starts burning things.  Conservative commentators the Hodge Twins produced a video called “White Lives Matter” that illustrates in detail bad police incidents involving white people that did not make big headlines.  One of the cases involved a man, Tony Timpa, who died in a manner very similar to George Floyd.

Duck Duck Go is a search engine whose name has been out there for a few years now.  So when the decision was made to leave Google they came to mind.

The verdict?  After a few months the search results seem just as good, if not better.  It feels like they may make more of an effort to deliver objectivity.

And there are no “doodles.”  Users go to the site and run their search without having to ingest political ideology.

Not long after changing search engines Duck Duck Go put up a large billboard at Sheridan & Irving Park.  As far as Practical Chicago is aware this is the first time they have advertised in Chicago.

According to web site Billboard Insider this is part of a U.S. campaign including 2,245 billboard placements.

If Duck Duck Go is now aggressively advertising, could it be a sign that other people were offended by Google and made a change?  If Duck Duck Go saw an uptick in activity and smelled blood in the water, it is reasonable to theorize they were motivated to pay for an advertising campaign.

Things change.  Google may seem invincible.  But there was a time when Netscape was a big browser player.  They got convincingly beaten by Microsoft, to the point where Netscape does not even exist any more.  Microsoft’s Internet Explorer had the browser market sewn up for years.  But then Firefox began to take market share.  Later Google Chrome ended up dominating both of them.  Yahoo was the search engine most people used for years until that began to change in early to mid 2000’s due to Google’s better search results.

So it entirely possible that we are about to witness another shift.  Just because Google has dominance now does not mean it is destined to last forever.  RCA, Zenith, GE, Westinghouse, Sears, Montgomery Ward and U.S. Steel are all proof of that.

Google would be better off leaving politics out of things.   To maintain growth they are going to need Conservative users as well as Liberal.  Alienating a big percentage of the population does not bode well for earnings.  The recent terrible ratings of professional sports leagues, who have virtually all endorsed “social justice” causes illustrates this.

As the saying goes: “Get woke, go broke.”  It is better to provide the service the public wants without trying to manipulate them.  People resent being told how to think.  To believe otherwise is arrogance and that never leads anywhere positive.