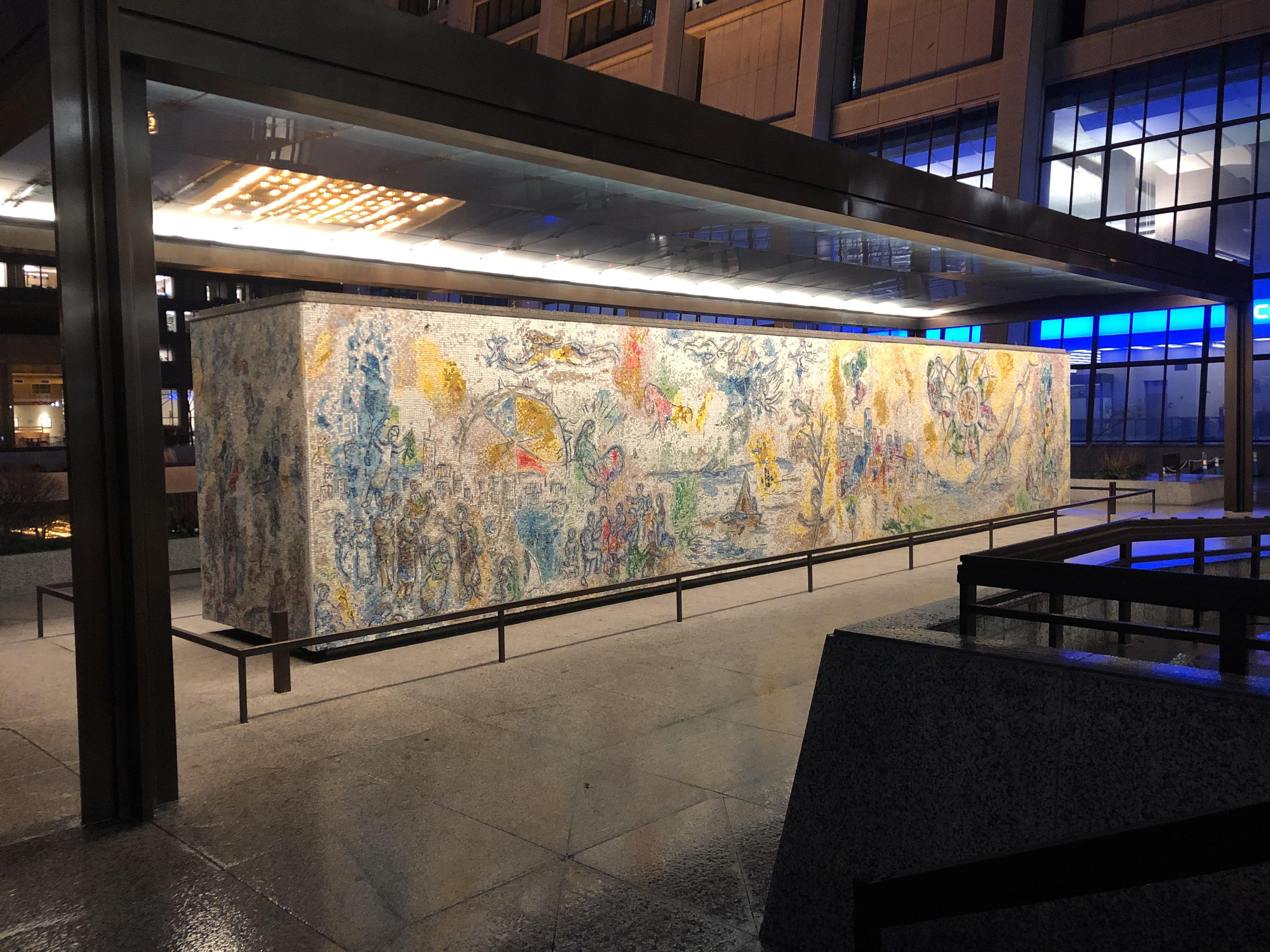 Since the completion of Millenium Park’s “Cloud Gate,” it has taken prime focus when it comes to public art in Chicago.  But there are other works worthy of attention.

One such example is “Four Seasons,” a mosaic on display in Chase Plaza at Dearborn and Monroe.

A work of Russian-French artist Marc Chagall, the mosaic was a gift to the City of Chicago by Frederick H. Prince (via the Prince Charitable Trusts).  It is wrapped around four sides of a 70 foot long, 14 foot high, 10 foot wide rectangular box, and was dedicated on September 27, 1974.

Scenes are depicted that celebrate the arrival of spring, summer, winter, and fall.

It was renovated in 1994 and a protective glass canopy was installed.  Unfortunately the addition of this shelter negates the original sense of context.  But the protection afforded is a worthy trade off.

“Four Seasons” is a reminder of what public art should be: thoughtful, well-funded and using genuine craftsmanship.  In this era where the City has bolted cheap sculptures to the sidewalk in many neighborhoods as part of an ill-conceived public arts program, it is a reminder worthy of our attention.