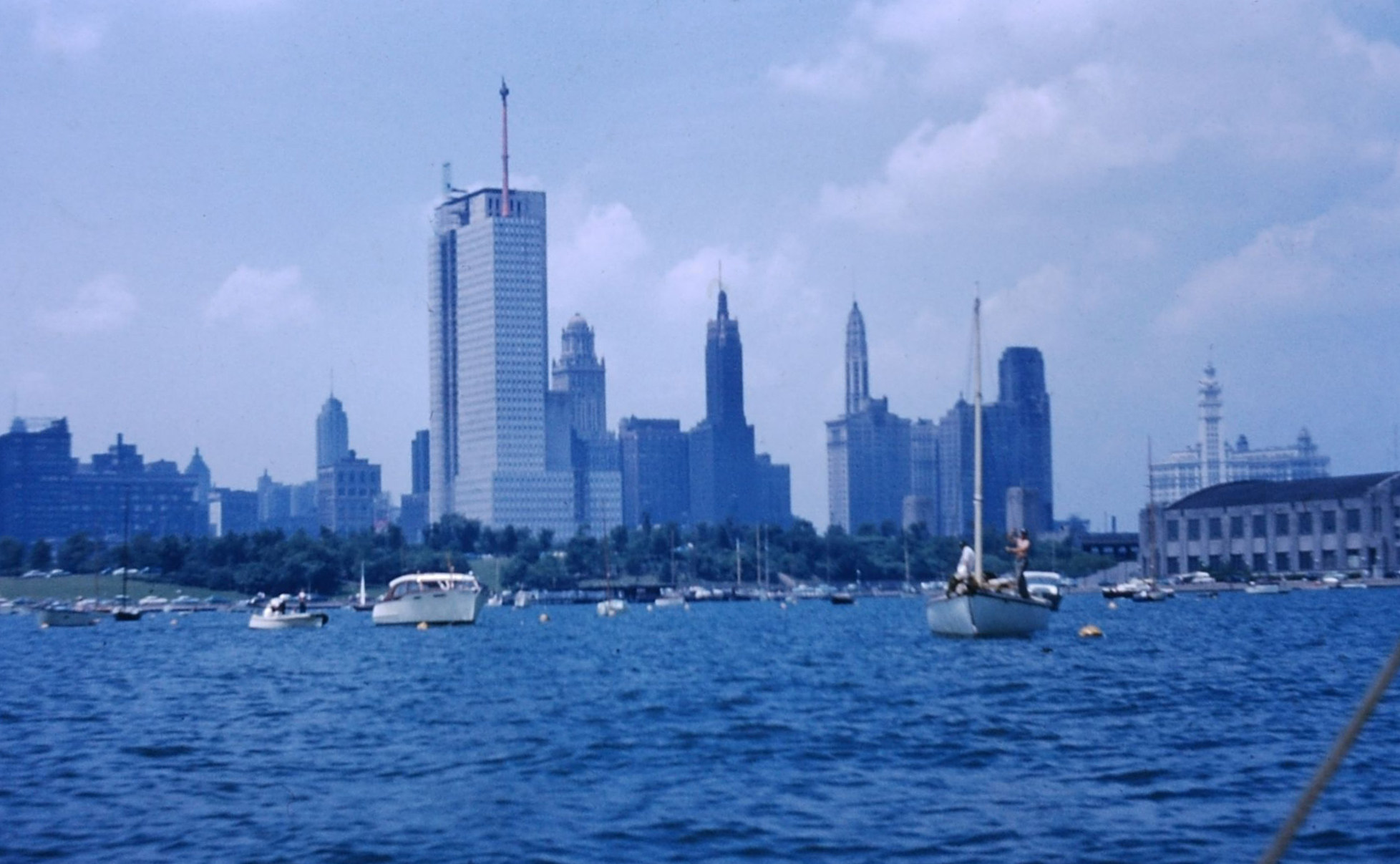 Those who have lived in Chicago for some time are doubtless aware that the skyline has gotten much bigger.

But this photograph from 1955 reveals how drastic the change has been.  If you look closely many of these buildings will be familiar.  But they are dwarfed today by newer construction.

The skyscraper nearest the photographer is the Prudential Building.  It was the first new project of its kind after World War II and looks to still be under construction.  Upon completion, with forty-one floors, it had the highest roof in Chicago.  Only the statue of Ceres on the Board of Trade rose higher.  The architects were Naess & Murphy.

The Prudential Building was cutting edge in its time.  It featured the world’s fastest elevators, one of the largest parking structures inside an office building in the world, and an observation deck visited by millions of people.  Numerous industry awards were bestowed upon it, as it was built above and beyond office standards of the day.

Notable structures seen to the right of the Prudential Building include: the Jewelers Building, the Carbide and Carbon Building, Mather Tower and the Wrigley Building.